Sooo, finally back with a decent post! Today I finally finished the DIY Miniature Room received as a gift from my parents wayyyy back 2015 or 2016 I think? (>w<) It’s Fresh House: F007. I got because I really liked green. 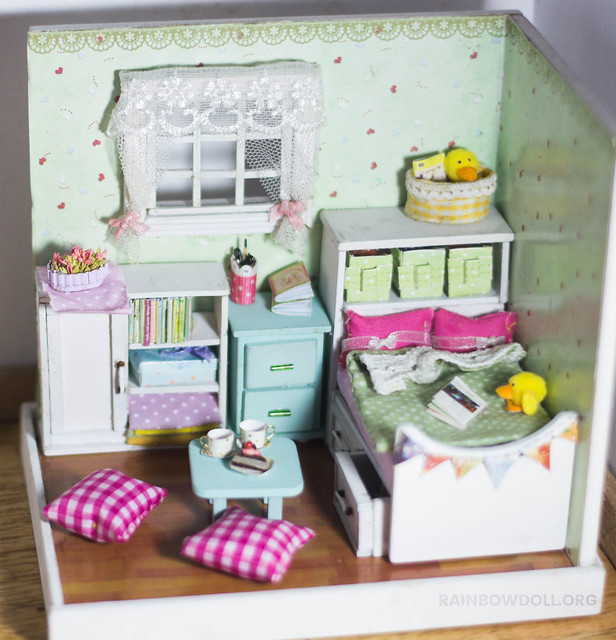 I didn’t include some of the set’s items here: fabric on table, wall frames, clock and lamp.

I decided not to because I still have to iron the fabric and as for the lamp I’ll probably end up not using it.

For the wall frames and clock however, I think I’d prefer to stick them using glutack (I didn’t have some during this photo though) so I can replace them or also move them according to my liking 🙂

Here is the complete look from the internet:

Overall I enjoyed making this! I was already done by new year actually, but I’ve been putting off doing the pillows and books (yeah lazy me ugh)..until today (and I had to re-learn using my sewing machine lol because it’s been so long!)

That said, it doesn’t mean I didn’t have a hard time doing it.

In particular, I hated doing the cabinets and handles (in cabinets and cups) – I remember spending 1 day in organizing and labeling the parts I had to assemble for the white and green cabinet, since the manual was Chinese. I didn’t realize there was an app to translate stuff using pictures (I do now, maybe it’ll make me do things faster)

But the rest was easy-peasy most especially the books and magazines since I’ve been used to doing such already.

Here are a few sample pictures I took with my a nendo: 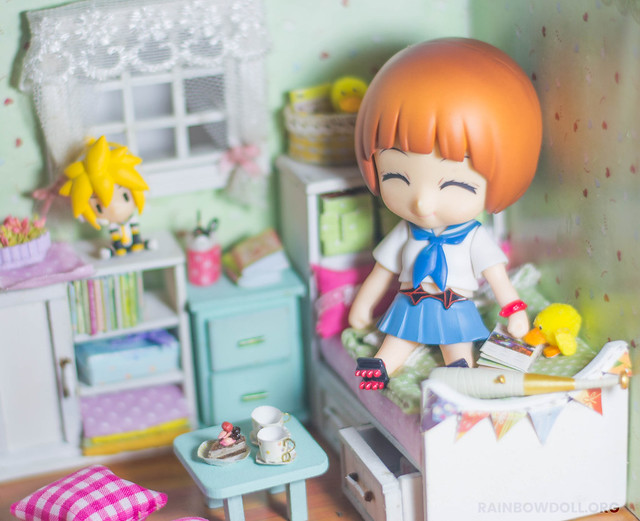 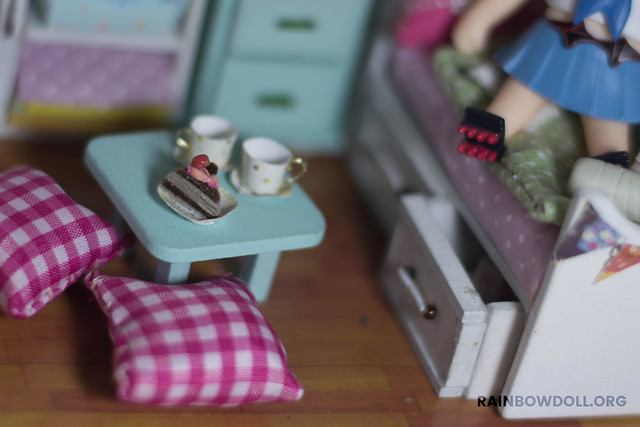 *Note that Kagamine Len toy included is not part of the room box materials (I just added it to fill in the blank space because I feel there’s too many magazines already.

This site uses Akismet to reduce spam. Learn how your comment data is processed.